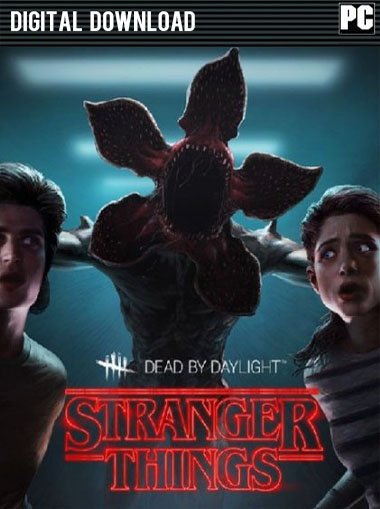 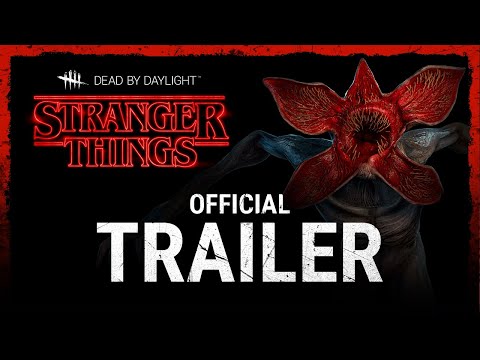 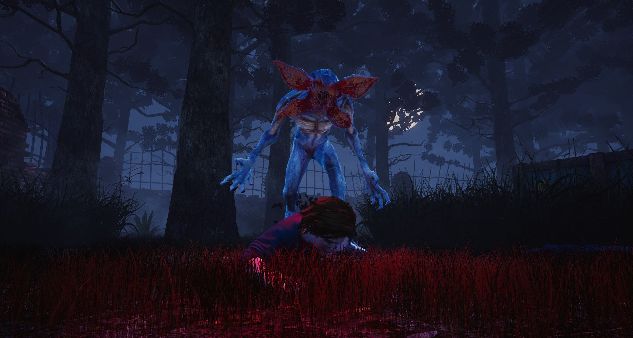 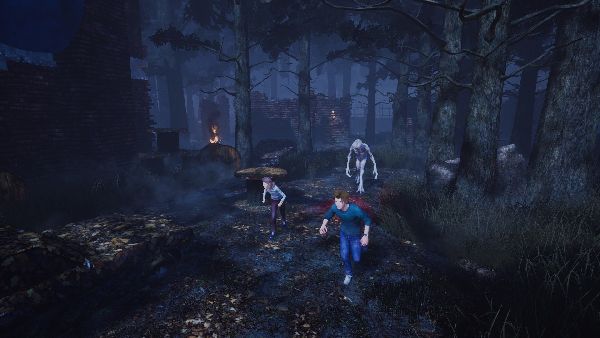 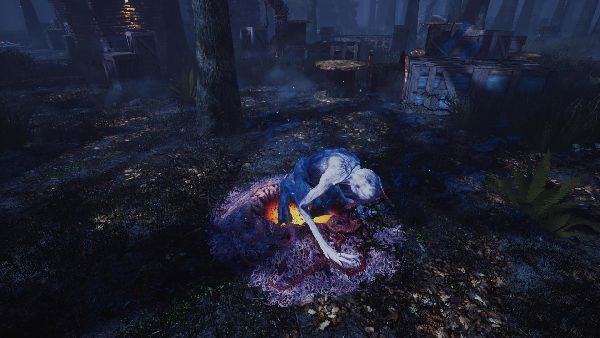 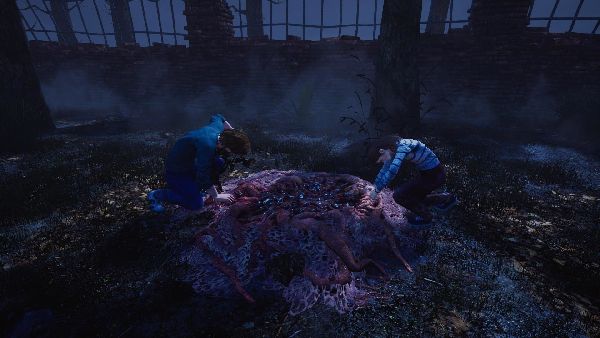 17 September 2019 Behaviour Interactive Inc.
No Reviews Yet!
Add a Review
15.42 OutOfStock
Out of stock (Add this game to wishlist to know when it's back in stock)
Like
Embed
Embed this game on your website
Choose the style of the Widget
Add to Wishlist
Collect 7 Gems with this product
and more by referring a friend
Stranger Things is a brand-new Chapter for Dead by Daylight. The Stranger Things Chapter includes a new map, the Underground Complex, located below the Hawkins National Laboratory. A Demogorgon is the new untamable Killer. Against the Demogorgon stands not one, but two new Survivors: Nancy Wheeler, a tough aspiring journalist, and Steve Harrington, a former high school jock with a knack for finding trouble. The Stranger Things Chapter also features two exclusive cosmetic items: Steve’s Scuffed Rolled Sleeves and Nancy’s Torn Sweatshirt.It was the early 1980s, a time of cold war experiments and naive fascination, a time of stranger things. In the small town of Hawkins, Indiana, covert experiments were being conducted. When an inter-dimensional gate was accidentally opened at the Hawkins National Laboratory, an army of creatures with long, curved claws and gaping faces that bloom like horrific flowers was unleashed. These creatures were labeled...

This game is an Expansion Pack/DLC. You'll need Dead by Daylight base product.

Stranger Things is a brand-new Chapter for Dead by Daylight. The Stranger Things Chapter includes a new map, the Underground Complex, located below the Hawkins National Laboratory. A Demogorgon is the new untamable Killer. Against the Demogorgon stands not one, but two new Survivors: Nancy Wheeler, a tough aspiring journalist, and Steve Harrington, a former high school jock with a knack for finding trouble. The Stranger Things Chapter also features two exclusive cosmetic items: Steve’s Scuffed Rolled Sleeves and Nancy’s Torn Sweatshirt.

It was the early 1980s, a time of cold war experiments and naive fascination, a time of stranger things. In the small town of Hawkins, Indiana, covert experiments were being conducted. When an inter-dimensional gate was accidentally opened at the Hawkins National Laboratory, an army of creatures with long, curved claws and gaping faces that bloom like horrific flowers was unleashed. These creatures were labeled “Demogorgons” by a group of local kids who encountered them.

Nancy Wheeler’s knack for investigative journalism first emerged when she brought down a secret government organization in Hawkins following the disappearance of her closest friend, Barb. Her being fired from the Hawkins Post during the summer of 1985 has not dissuaded Nancy from chasing leads...

Formerly a popular jock, Steve Harrington, is struggling to find his place in Hawkins now that high school is over, and his old friends moved away to college. Since then, he’s spent his time scooping ice cream at the mall, flirting with girls, and cracking secret Russian codes. With the help of his friends Dustin and Robin, Steve is carving out a new identity for himself and learning what true friendship really means. It’s this newfound loyalty to his friends that compels Steve to come to the aid of his ex-girlfriend, Nancy when he suspects she might be in terrible danger...

A blooming mouth full of needle-like teeth for a face, large, curved, razor-sharp claws, and powerful legs to pounce on victims, make the Demogorgon a frightening monster to face in any dimension. It is a nightmare of unrestrained, feral rage as it hunts down its prey and rips it to pieces, devouring every last morsel of flesh and gore, leaving nothing for scavengers. The creature is untouched by any sense of compassion or restraint. Looming over its victim, it shows no doubt or mercy, just the pure instinct of its insatiable bloodlust as it delivers the deathblow. A perfect hunter, the Demogorgon is a macabre testament to the horrors lurking in the Upside Down and why it was choice pickings for The Entity.
The Demogorgon’s Power: Of the Abyss
The Demogorgon impacts the environment close to generators, affects nearby Survivors, and uses Portals to travel quickly. The Demogorgon starts with a limited number of Portals that can spawn on any flat floor or ground.

The Demogorgon comes with 3 new perks.

Your eerie presence charges the air and interferes with technology. Downing a Survivor instantly explodes and places a regression effect on any generators within range. The generator is also instantly regressed. “The creature appears to have some unknown influence over electricity and nearby electronics.”— Hawkins National Laboratory

Your ties to the otherworldly manifest when your prey attempts to get away. Each time a generator is fixed, vaulting is blocked for the Survivors close to that generator for a short time. “The specimen seems to able to affect the state of nearby objects, as if they existed in some other form within a dimension alternate to our own.”— Hawkins National Laboratory

Studious and rebellious, Nancy Wheeler is a stubborn investigator with an instinct for a good story. When her closest friend, Barb went missing, she did everything she could to unravel the truth and secure justice. A brilliant journalist, she chases stories and follows leads despite the inequality and chauvinism she encounters at the workplace. Pursuing a lead one evening, she fearlessly approaches the Hawkins National Laboratory before suddenly losing consciousness. A moment later she awakens in a strange misty realm with the sound of a familiar roar echoing through the air.

You seek justice and uncover the truth no matter what obstacle stands in your way. The aura of the generator being repaired is revealed to other Survivors within range. If the Killer downs a Survivor while you are repairing a generator, the Killer’s and Survivors’ auras are revealed to you briefly. − “Let’s burn that lab to the ground.”—Nancy Wheeler

When you have a goal in mind, there’s no turning back: better to ask forgiveness than permission. You can see your own scratch marks at all time. When your health is full, you can walk faster than normal. − “I wanna finish what we started. I want to kill it."—Nancy Wheeler

You look inward and trust your instincts when you feel lost and alone. When you complete a cleanse Totem action, the Perk activates. Once activated, you self-heal when entering a locker. “All this time I’ve been trying so hard to pretend like everything’s fine, but it’s not.”—Nancy Wheeler

Popular and arrogant, yet compassionate, Steve Harrington is an unlikely mentor and leader. He often acts as a surrogate big brother to a younger boy named Dustin. He even helped him find his slimy inter-dimensional pet Demogorgon, D’Artagnan. His reputation as a protector grew and he soon became a sort of ‘babysitter’ for a group of kids in Hawkins with a knack for messing around with strange and dangerous things. His courage is unmatched so that he was even able to fend off a Demogorgon when it threatened his friends.
One evening he received a call for assistance from his friend Nancy Wheeler. He drove all the way to the Hawkins National Laboratory to see if she was okay. He searched the area but only found her notebook. Before he realized what was happening, the ground opened up and a swirl of black mist filled his eyes. When he awakened he was in a strange place that seemed familiar but unfamiliar at the same time.

While you have a reputation for being self-centered, you risk it all to help those in need. The Survivor you unhook leaves no blood trail or scratch marks for a short amount of time. Also, both you and the Killer can briefly see each other’s aura. −“I promised to keep you shitheads safe, and that’s exactly what I plan on doing.” —Steve Harrington

Life has taught you the importance of friendship which has given you strength. If a Survivor comes within range of your hook while you are struggling, the Struggle Phase timer pauses briefly. – “So, remember once you get in there… pretend like you don’t care. There you go, you’re learning my friend. You’re learning.”—Steve Harrington

You have learned to avoid awkward situations with parents. Part of you still thinks your best option is to run away and hope things will take care of themselves. Heal a Survivor to activate this perk. Once activated you self-heal after unhooking yourself or being unhooked by a Survivor when you are outside the Terror Radius. Once fully healed the perk deactivates. −“Yeah, that’s a no."—Steve Harrington

New Map: The Underground Complex
Located below of the Hawkins National Laboratory, this underground complex released dozens of inter-dimensional creatures in November 1984 before the rift was sealed. The site includes an isolation tank and equipment once used by government officials to conduct mind control experiments on test subjects. Now the walls of the abandoned facility are sprayed with bullets and blood, evidence of the battle against the creatures.

Exclusive Items for Nancy and Steve

Stranger Things Chapter includes two exclusive items: Steve’s Scuffed Rolled Sleeves and Nancy’s Torn Sweatshirt. These are only available as part of the DLC. Please note that this item cannot be purchased separately.

Dead by Daylight
Death Is Not an Escape. Dead by Daylight is a multiplayer (4vs1) horror game where one player takes on the role of the savage Killer, and the other four players play as Survivors, trying to escape the Killer and avoid being caught, tortured and killed....
Platform: PC
Publisher: Starbreeze Studios 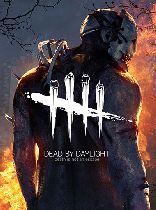 Random Key
Item: One random Steam activation code. If you love cheap and good games, then this is an offer for you!This product gives 1 unique CD-key which can be activated on Steam platform. Features:GAME QUALITY GUARANTEE - at least 10% of all keys on each...
Platform: PC
Publisher: Varies
Release Date: 04 March 2016
No Multiplayer

Persona 5 Strikers - Nintendo Switch (Digital Code)
NOTE: Requires USA or Europe eStore Account To Activate (Depends on what is available in stock) Strike Back! Join the Phantom Thieves and strike back against the corruption overtaking cities across Japan. A summer vacation with close friends...
Platform: Nintendo Switch
Publisher: SEGA 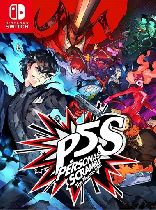 Punk Wars
NOTICE: This game is activated on GoG.com, this is NOT a key, this is a GoG.com account with the game on the account. The years go by and another cycle has come to an end. Our civilisation has crumbled due to our greed and selfishness. Now we know...
Platform: PC, Mac
Publisher: Jujubee S.A., Strategy Forge S.A.
Release Date: 11 November 2021
No Multiplayer 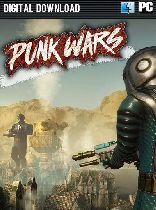 Predator: Hunting Grounds - PS4 (Digital Code)
Requires a USA PSN Account To Activate (This is a U.S. Copy).  **NOTICE: You will receive PSN Wallet to purchase the game from the PSN Store. About the game: Hunt or Be HuntedPredator: Hunting Grounds is an immersive asymmetrical shooter set in...
Platform: Playstation 4
Publisher: Sony Interactive Entertainment LLC
Release Date: 24 April 2020
Multiplayer 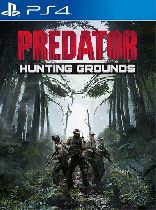